Planets & Possibilities: A Look At The Astrology of October 2020

You are here:
Inspiring Articles

Right off the bat, the month gives us a lot to process as the Harvest Full Moon in assertive Aries pours its powerful energy down upon us.  The Sun (our consciousness) is opposite in airy, relationship-oriented Libra, ruled by Venus, Goddess of Love, Beauty, and Money. This yearly polarization always brings up issues regarding our drive to be independent with our longing for harmonious togetherness with partners.  This Moon (our emotions)  is in fiery, dynamic Aries,  which is ruled by the Red Planet Mars, and our desires my seem to be conflicted as to what is best for us at this time – this is not new since we’re dealing with so many confusing changes in our personal and social lives. The new cycles appearing in our lives hold promise, however, as the Sabian Symbol states: 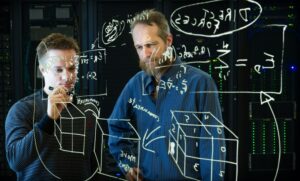 “A teacher gives new symbolic forms to traditional images: Revision of attitude at the beginning of a new cycle…The very concrete emotion-arousing images of the past can now be reinterpreted as ‘symbols’ of meaning. . .a new dimension of consciousness is discovered, revealing higher possibilities…” The influence we can pick up from the Libra Sun is to seek balance in our affairs where ever we can. We’re helped out in the venture when lovely Venus herself enters earthy, meticulous Virgo the 2nd and our focus becomes more emotionally restrained as she helps us analyze what’s going on with our affairs, especially zeroing in on how we can serve others.

As we know, retrograde planets have been holding court for a LONG time and our moving forward with our lives has been thwarted. This situation is not over, but, Pluto, Lord of the Underworld, turns Direct October 4, in earthy, strict Capricorn, and we’re able at last to constructively begin to understand, and potentially use, the unconscious material which has been unearthed as he was putting us through a four-month depth psychoanalytic session which we didn’t request. The 7th, mental Mercury, now in Pluto’s home sign of watery, intense Scorpio opposes unpredictable Uranus, in earthy, intractable Taurus, and let’s be prepared to weather a torrent of unexpected information. The good news is that we’re using our coping skills to not over-react and we need them the 9th when combustible MarsRx, in Aries, clashes with ruthless Pluto and a power play ensues.  It’s hazardous for us all if we try to force issues right now.

October 10 kind Venus and brilliant Uranus interact and excitement is in the air.  The appreciation of beauty is heightened and we’re able appreciate unexpected developments.  Let’s not get carried away, however, since the 11th the Sun has to deal with Jupiter, King of the Gods, in Capricorn, whose penchant for expanding everything he touches can lead to too much of a good thing. Things, however look up for this benevolent, belief-oriented giant touches base with mystical Neptune in watery Pisces the 12th, and they share their spiritual insights with each other and us. Our psyche being bathed in inspiring waters is soothing as we continue to find balance in our lives. Are we finding time to quiet our minds? Mercury, in watery, psychic Scorpio is courting Venus and the emotional happiness they generate can support our search for meaning amidst chaos.

October 13 Mercury turns Retrograde and, being in mysterious Scorpio, a deepening of communication results since this sign, ruled by Pluto (and Mars traditionally) is all about understanding what’s going on beneath the surface of our daily existence.  this includes secrets which need to see the light.  At the same time, the Sun is quarreling with MarsRx and we need to strategize how to handle the energy swirling around this hyper-charged atmosphere.  The confrontation between planets in Cardinal signs continues the 15th when Pluto harasses the Sun in a match-up and neither one is inclined to show the other mercy.  These energies are to be taken seriously and we need to be centered and grounded.

October 16 the New Moon is in aesthetic Libra which allows us to expand our appreciation of the beauty to be found in our surroundings and, most importantly, in our associations with meaningful others.  We can’t forget that this sign, while associated with diplomacy, is a Cardinal sign and generates power, supporting our evolution.  The Symbol is:

“A butterfly with a third wing on its left side:  The ability to develop, for inner strengthening, new modes of response to basic life situations… the left side usually refers to the instinctual field of the consciousness, but it also is the heart’s side.  A new strength is shown, perhaps as yet unrealized…” MarsRx is opposite the New Moon and prodding us to persevere.

October 18 the God of War and Jupiter continue their long-term struggle to dominate each other, but let’s concentrate on the good fortune generated by the rendezvous on the 19th between lovely Venus and benevolent Jupiter.  They generate good fortune which should captivate our attention as Mercury and Uranus continue shocking us with revealing buried information.  We can care about what’s transpiring while not surrendering our mental health to the ephemeral.  The 21st, charming Venus and responsible Pluto contrive to help us stabilize our connections with others and it may even feel like something Karmic is going on.

October 22 the Sun enters probing Scorpio where MercuryRx is already there, acting like a personal and social archeologist, making sure we go beneath the surface to release what is draining our energy and ability to move forward.  This can be very liberating but, we know, that intensity can morph into obsession.  Scorpio is all about digging deep and wanting to take relationships beyond the airy abstractness of Libra to more emotional, intimate level.  The meeting on the 24th between Venus and Saturn helps us to proceed in a measured way, pursuing our sincere emotional commitments based on likeminded goals.

October 25 the Sun and MercuryRx are totally in tune but we may find ourselves reflecting more on the past than our immediate situation since they’re in Scorpio. charged. The 27th, the Trickster moves back into Libra and his returning to this airy arena and Venus joins him there. This may release us from some heavy psychic baggage and our communications may become more socially oriented, expressing a desire to get together with others.

October 31 is not only Halloween, the time the veil between different dimensions is considered to be at it most thin, its also the Full Moon in sensuous Taurus.  This Hunter’s Moon qualifies as a Blue Moon since it’s the second one this month, and adding to the mystique, it’s opposite passionate Scorpio Sun the sign of many mysteries.  It’s a time of closure which can be a positive development as we move forward but let’s keep in mind that UranusRx is in the picture, always promising surprises.  The Symbol’s message is interested in dealing with how we cope with our circumstances.
“A fully decorated Christmas tree:  The ability to create inner happiness in dark hours.  In northern or mountainous countries where the Christmas tree symbol took form, we find a contrast between the tree OUTSIDE – bare and normally covered with snow- and the tree INSIDE the home…” The closely united group created a beautiful tree, generating happiness in the home, overcoming “the baroness of the outside world”, just as we redesign our own terrain to include warmth and kindness while navigating an uncharted course.  Congratulations to us for keeping to our commitment to learning and evolving!